Alfama is the most popular area of Lisbon for people who want to listen to fado... So you can probably guess where the museum of this portuguese tradition is located.

It is considered a national monument and gathers the whole history of the fado under just one roof: there are several temporary exhibitions and a permanent one so anyone can learn more about the most important portuguese songs and the portuguese guitar.

Besides the history, you can also listen to some of the most important portuguese fado artists, like Amália. There is also a restaurant and a school, where you can learn how to play the infamously complex portuguese guitar.

It is a mandatory spot for anyone who wants to understand fado and its interesting history. The museum is open from tuesday to sunday, between 10h00 and 18h00. The entrance costs 5 euros. 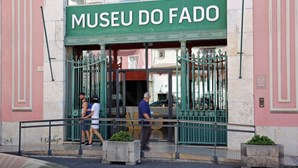